We recently spent a long weekend in the Peak District, as part of our apparently annual practice of going camping when the weather probably doesn't warrant it. It was a wonderful, relaxing weekend ahead of a few intense weeks coming up for both of us. We're currently planning a more serious trip (more on that very soon) which made for lots of reflection over the course of the weekend about our gear choices in particular. I found it to be a very informative trip in that sense. In particular we learned:

1. GPSes are great, but not to be relied upon: Our GPSes have been a bit funny lately, so we decided to leave one at home. Upon arrival to Sheffield, we discovered that the route we'd plotted from Sheffield to Hathersage was no longer on the unit! Fortunately, we had a map as well. It may not have been as quiet a route, but we managed to get out of Sheffield without a problem. This is why we'll always cycle with maps in addition to our GPS unit. (Note to my mother: We've recently updated the software on them, so the problem should be fixed!)

2. Dynamo lights are great, but not to be relied upon: Alberto recently invested in a dynamo hub and was excited to use his bright light on the dark lanes in the Peaks--we had plans to ride in the evening to a nearby town for the fireworks display (it being Guy Fawkes Night). However, on the way to the station for our 6am train the light suddenly stopped working. We're not sure what the problem was, but it was definitely with the light rather than the hub itself. Since we hadn't brought another light (besides our head torches) we were confined to Hathersage for the evenings.

2. Hilleberg tents... hell yeah: We've had our Hilleberg Staika for close to a year now but had never used it in bad conditions until our weekend in the Peaks. We've had a night or two with rain and one night of slightly obnoxious wind, but nothing major. On Saturday night, the had wind and rain so bad that we actually decided not to try and cook dinner - we just ate food that didn't need to be cooked. It wasn't the quietest night's sleep, but the tent felt totally secure and we had no leakage issues. All to be expected with a legendary brand like Hilleberg but it was good to have our expectations confirmed.

3. Wool really does keep its insulation when wet: Sunday dawned with some serious rain and we spent the morning reading and napping, hoping the day would improve. When it didn't we decided to hike up to Stanage Edge, as there is a footpath from the campsite. We put on full waterproofs - trousers and jacket - but my cycling waterproof doesn't have a hood, so I was left to use my merino wool Buff as a hat. It of course got totally soaked over the course of our 1.5h walk, but still kept my head remarkably warm.

4. I should get a waterproof jacket with a hood: I mean really, there was no need for that.

5. Sealskinz waterproof socks... seriously, hell yeah: As per normal for a short camping trip, our only non-cycling shoes were Crocs. We went on the hike anyway, with waterproof socks overtop of a normal pair. Not only did we have rain coming in from the holes in the Crocs, but there were some parts of the trail that were literally rivers of water. It was impossible not to step in some puddles. Our feet sometimes felt the cold from the water but when we got back to camp and took our socks off, the inner socks were still dry. Awesome!
Posted by LucyBP at 7:30 AM 2 comments:

Autumn is my favourite cycling season. You can´t beat the colours and the roads are much more quiet than on your average summer day. Here in the UK, the temperatures are still very reasonable...so what's not to like?

With that in mind, we got some cheap tickets to Sheffield and cycled over to the Peak District National Park for a three day relaxing camping trip. It was rather wet and windy half of the time, but we also got some sun on our third and last day. Rather than boring you with more text...I will just leave you with some pictures.

*Note to all of you that travel by train: 1) trans out of London early Saturday morning can be really cheap, even if booked not so far in advance (three days in our case), 2) sometimes it is cheaper to buy two singles than the whole journey as one combined ticket (e.g. London to Sheffield and then Sheffield to Hathersage was way cheaper than a combined ticket) and 3) if you return on the Monday night, then you can get bargain prices...
Posted by Alberto at 12:29 PM No comments:

A cyclists' take on Alex Gibney's The Armstrong Lie 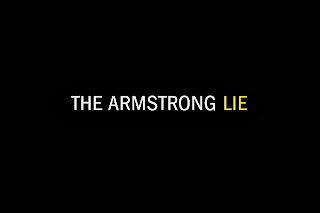 A few weeks ago we saw The Armstrong Lie as part of the BFI London Film Festival. My column looking at the film from a cyclists' perspective is now live over at the recently re-launched and truly excellent puremovies.co.uk.

Being a pro cyclist fan is now, and possibly forever more, a case of mixed emotions. Likewise, I enjoyed the film, at the same time that I found it incredibly depressing!


In responding to innumerable allegations against him, Armstrong has given every conceivable answer to the question, “Are you doping?” As a result, no one can ever give a truthful answer to that question which isn’t basically the same as a lie that Armstrong has told.


As I say in the peice, I'm honestly conflicted as to whether I can carry on enjoying pro cycling. Only time will tell I guess, but at least there's nothing that can take away the joy of actually being on the bike myself!

More at Pure Movies: It's more than a lie

Posted by LucyBP at 9:23 PM No comments: