With the decision made to try to make it to Tierra del Fuego before the Patagonian winter sets in, we again found ourselves on a bus, as the roads we would have liked to take south of Santiago were too slow and we were unwilling to go on the main Panamerican highway. We arrived in Chillan in the mid-afternoon, marvelling at how much the landscape had changed since we were last on the bikes in Copiapo.

Our route South kept us off of the main roads and took us through forests, past rivers, lakes, and volcanoes. Surely there are flatter routes, but we were purposely trying to go above 1,000m to catch a glimpse of the famous monkey puzzle trees, or araucarias, which give their name to this region of Chile. We expected things to be easier in Chile, riding in a so-called more ´developed´ country where the altitudes were not as extreme, ripio roads would be better, good maps, food and wine available everywhere. However, we found more of the contrary - unpaved roads were among the worst of our journey, the hills steeper than ever before, and most low land was fenced off (making wild camping a bit more difficult). The people became more distant. Here, in the lakes region, tourism is quite developed, so you get funny looks if asking for free camping. Oh, and the heat...which rockets up to 40C and higher at this time of the year.

But, on the plus side, the scenery is incredible and new to us: snow-capped volcanoes, lakes and rivers, all in one shot, is something that got us very excited. We have also met some very generous people, who have invited us for some delicious asados (yes, they do have them here in Chile also), beer, wine and given us places to pitch our tent. It seems true that, like most Chilenos say, the South is different.

- Chillan to Ralco: The road from Chillan to Quilleco was busier than we hoped, but we found Chilean drivers to be more respectful than other countries. The road is paved to Quilleco, after which a good ripio road takes you to Santa Barbara (there is a good free river camping spot at the bridge crossing the river about 10-15km out of Quilleco). There is free wifi in the plaza in Santa Barbara. From Santa Barbara to Ralco we followed the main paved road, although we believe there is a dirt alternative on the other side of the river. Traffic levels were acceptable though not truly low.

- Ralco to Malalcahuello: We followed the  GPS track and route info from Pedalling Nowhere. We have left detailed comments on the route page, but suffice to say this route is more recommended for people with a lighter-weight setup than us, or potentially with our setup if going South to North. On the descent from Volcan Lonquimay we diverted from the route, turning left to Malalcahuello. Paving starts halfway down the descent and continues to Malalcahuello.  The CONAF office is located on the right just before you reach the town of Malalcahuello, and staff there are often happy to let you camp if you have been or are going to the Reserva.

- Malalcahuello to Villarrica: There is a traffic free bike path from Malalcahuello to Manzanar, although at some point it starts to criss cross the road through a lot of gates so we gave up and went onto the road. Traffic was not too bad and again, generally respectful. From Curacautin, pavement lasts another 10km or so. We found the road to be quite busy with cars heading to Conguillio National Park.

A signed turnoff for the Ruta Interlagos takes you on the much quieter Western side of the Volcano. There is one steep section of loose rocks which required pushing but otherwise the road is okay ripio. This road does enter the national park for about 5km and there is a park ranger stationed as you exit the park (if coming from the North). We were informed that no one, bicycle or car, has to pay the entrance fee if they are just using the road to transit through. On the main road through the park (which has controls at both sides) cars are given one hour to traverse the park without paying. The ranger we spoke to said that if a cyclist said they just wanted to pass though to Melipeuco then a more reasonable time limit would be given.

This road is unpaved until you hit the more main road heading to Cunco. From Cunco we took a route via Lago Colico hoping to avoid the main traffic, which worked pretty well. It is paved for about 10km until a signed turnoff for Villarrica. The route thereafter is unpaved until Pedregoso (a small town with just a basic snack shop), where it is paved again but still not too busy until Villarrica.

Santiago and Valparaiso: a city break from the bikes

Taking the beautiful Paso San Francisco through the Puna had its drawbacks... We ended up in the mining town of Copiapo, where basically, you either take the dusty and dry coastal paths, or you put your life in the hands of some nut drivers on the route 5 (the Panamerican highway). There's also other options, like heading back to Argentina via the more remote Paso Pircas Negras, or further South on Aguas Negras. But the clock was ticking for us if we wanted to reach Patagonia in the good season...so opted for the fastest alternative of all: a bus down to Santiago.

Arriving in Santiago for New Years wasn't really our initial plan, but it all panned out OK. Our great warmshowers host met us in the centre of town, and directed us on the busy Santiago roads to her house, where we based ourselves for a few days of rest, good eating (and wine drinking, this is Chile after all, and wine is cheaper than most other stuff here) and route planning. We also managed to sneak in a visit to Valparaiso, which surprised us with its impressive street art. It also helped that we had great hosts there, who showed us around the most interesting and often less-visited sights. So this blog post is to say muuuchas gracias to Grimme (our host in Santiago) and Meagan and Jaime (in Viña/Valparaiso). 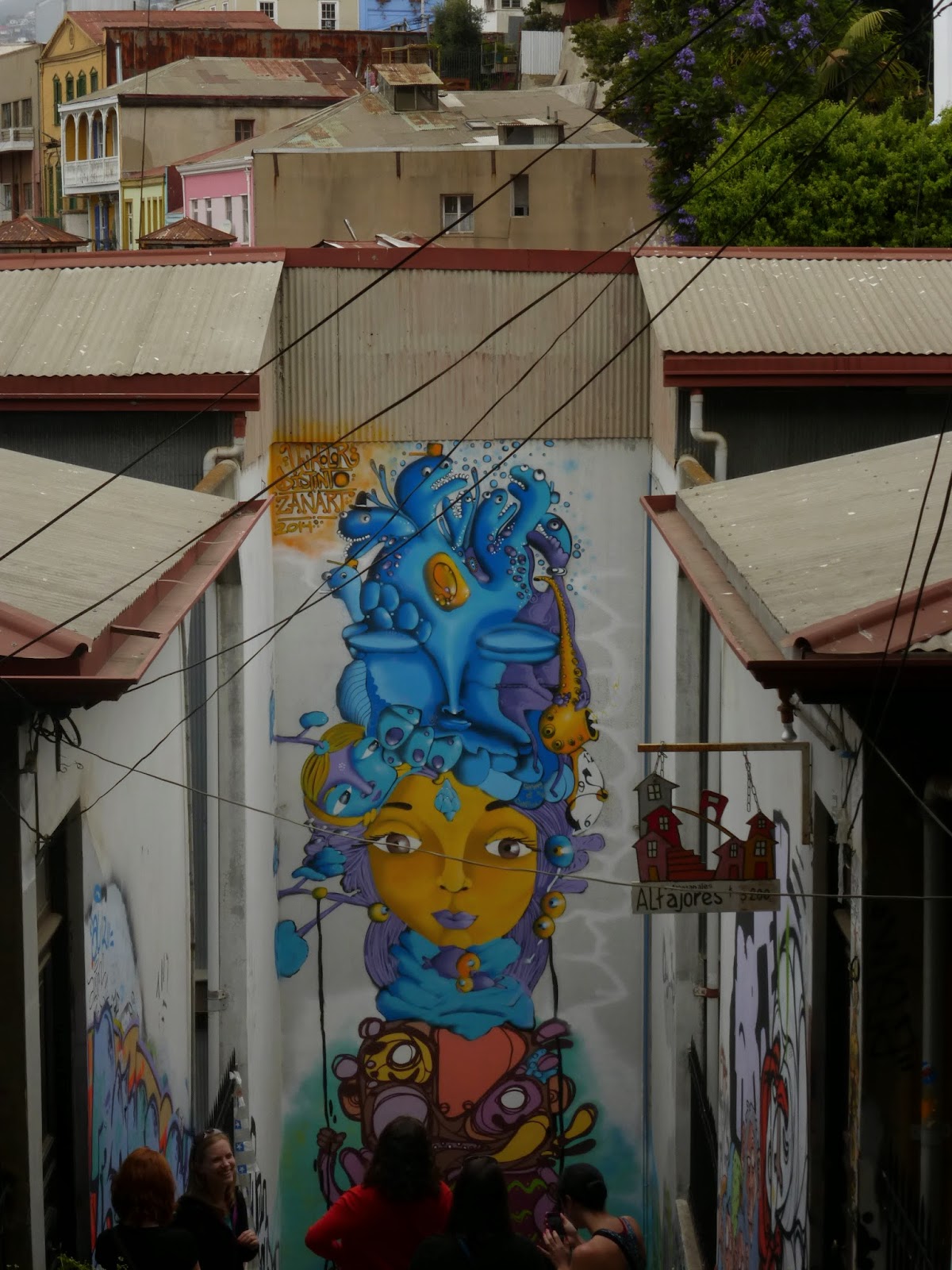 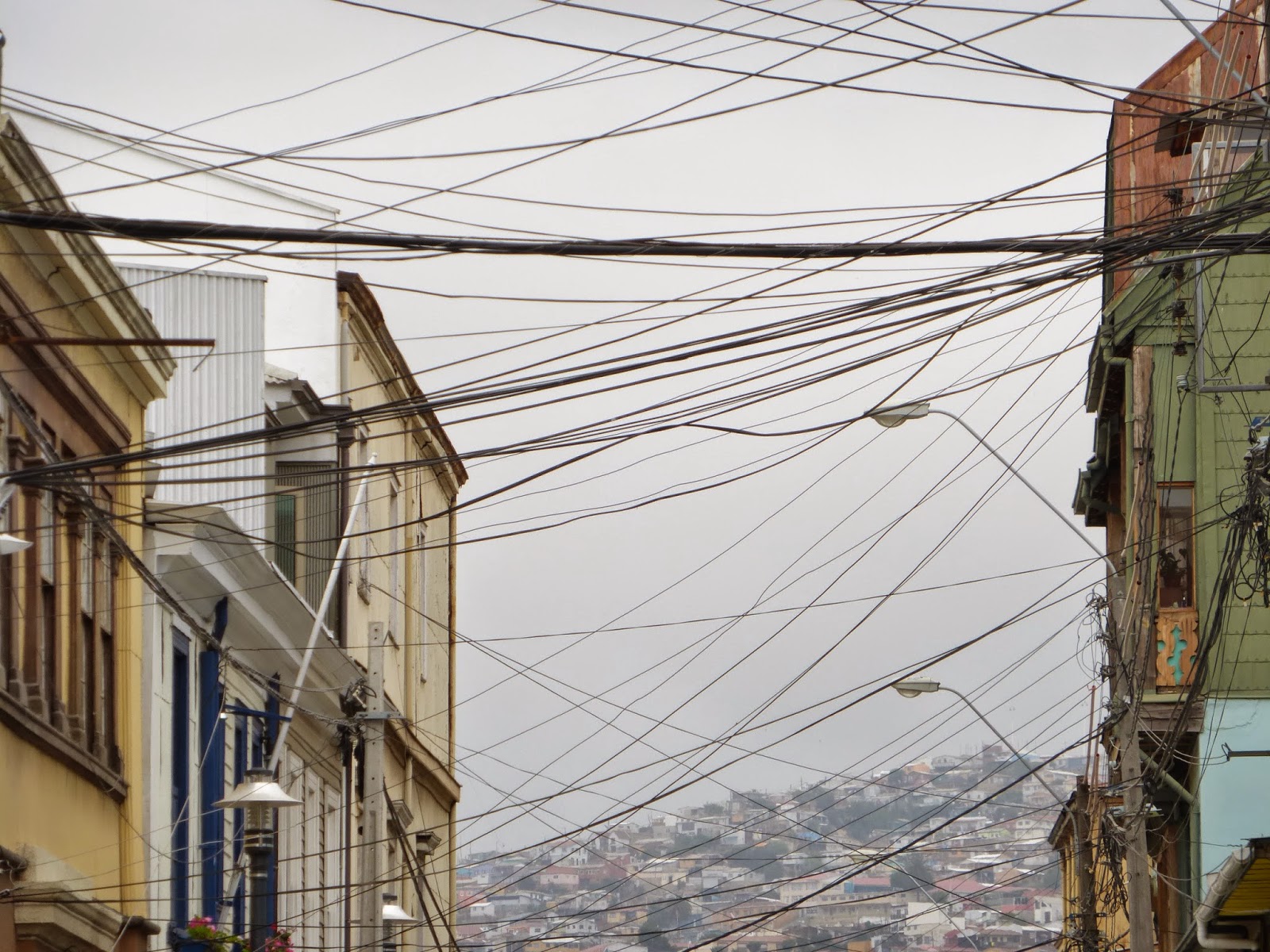 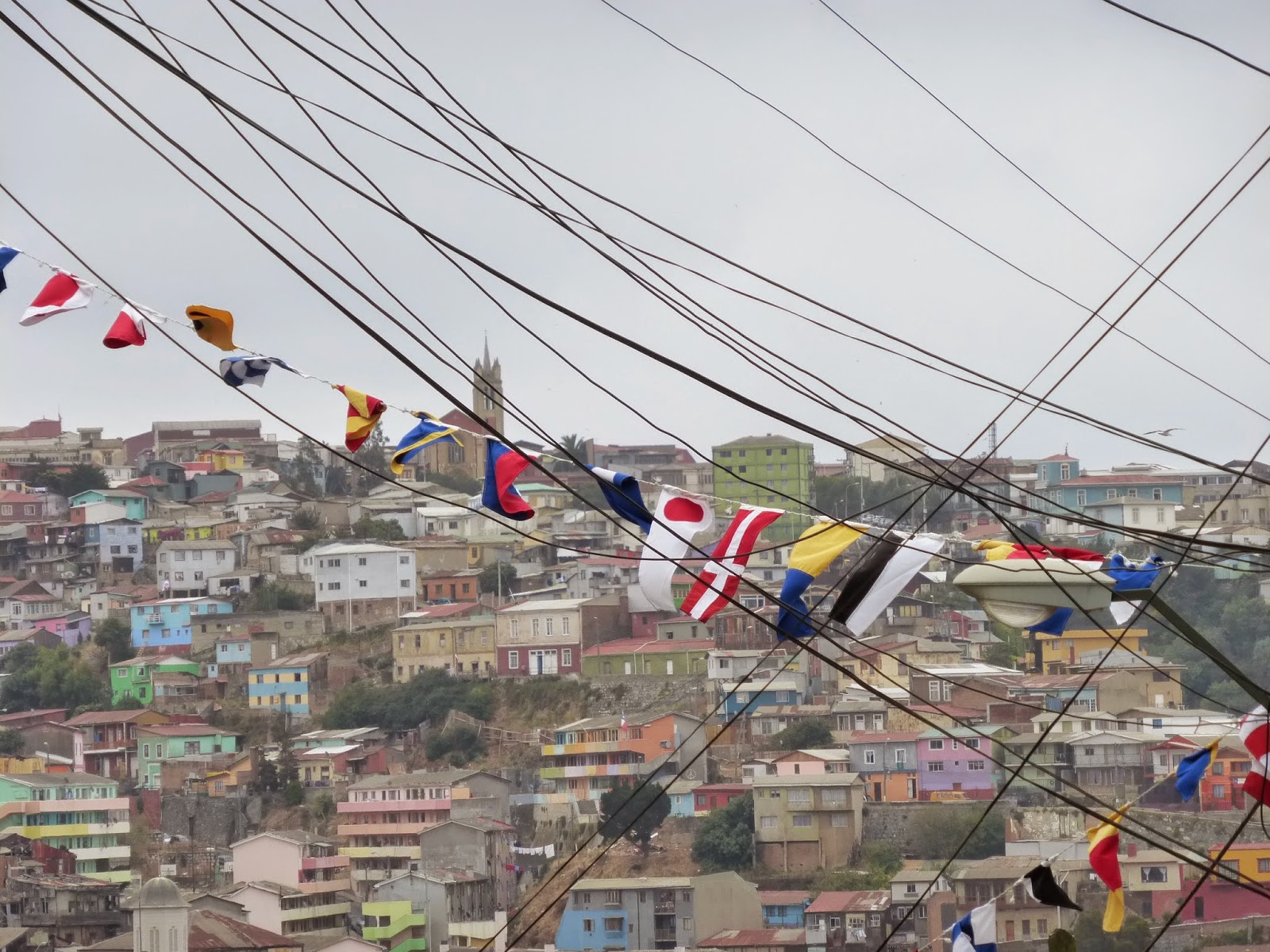 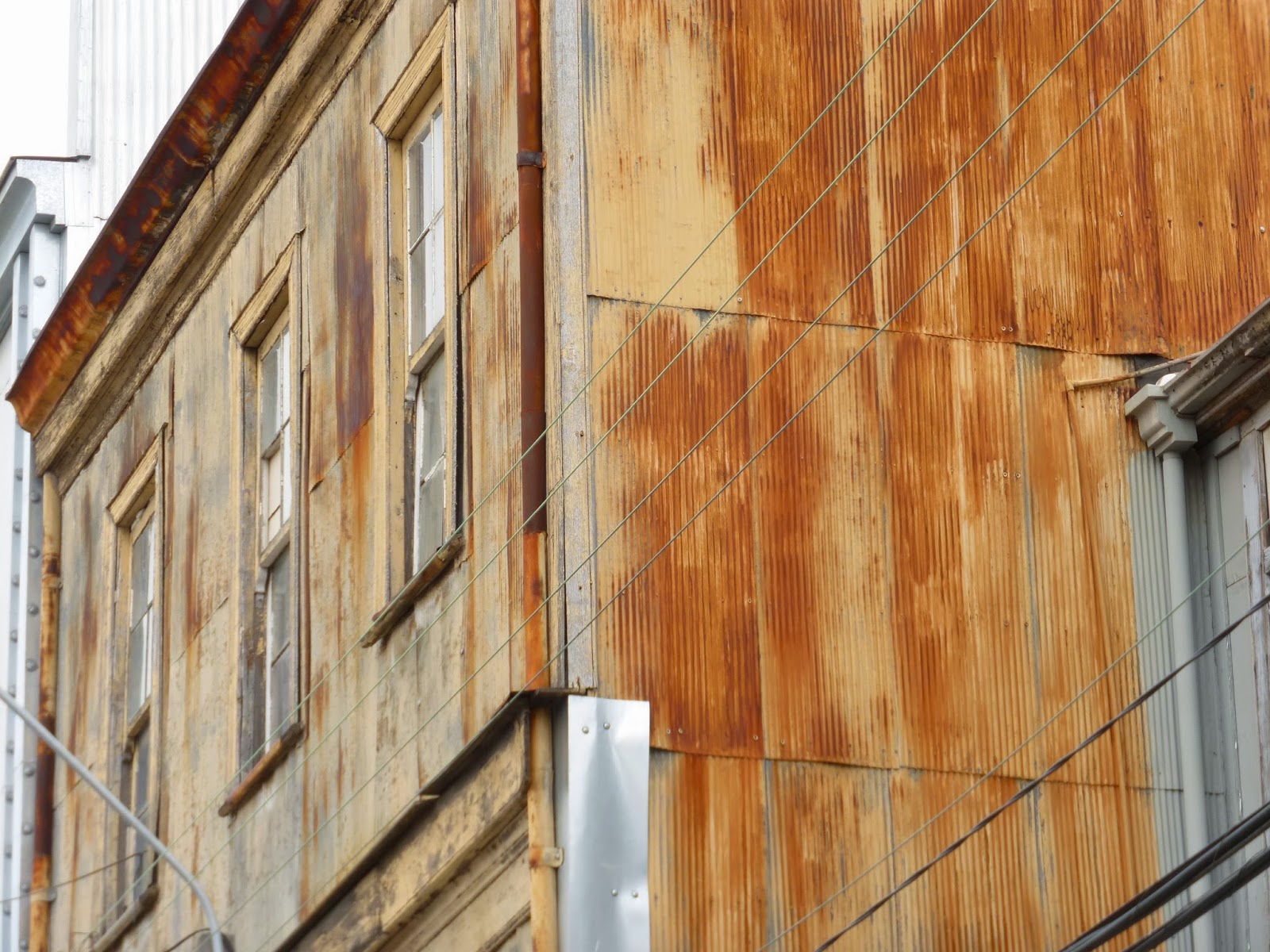 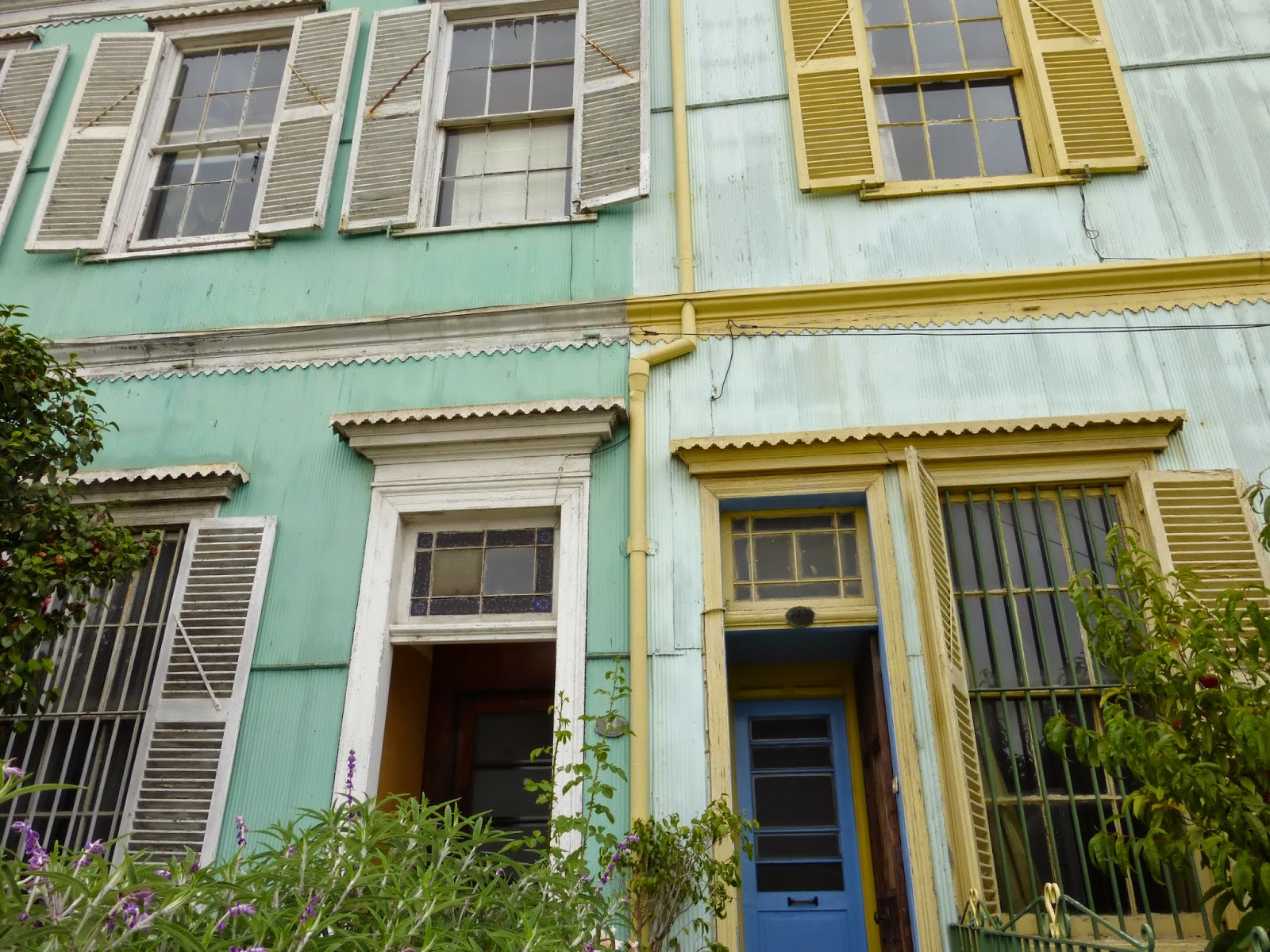 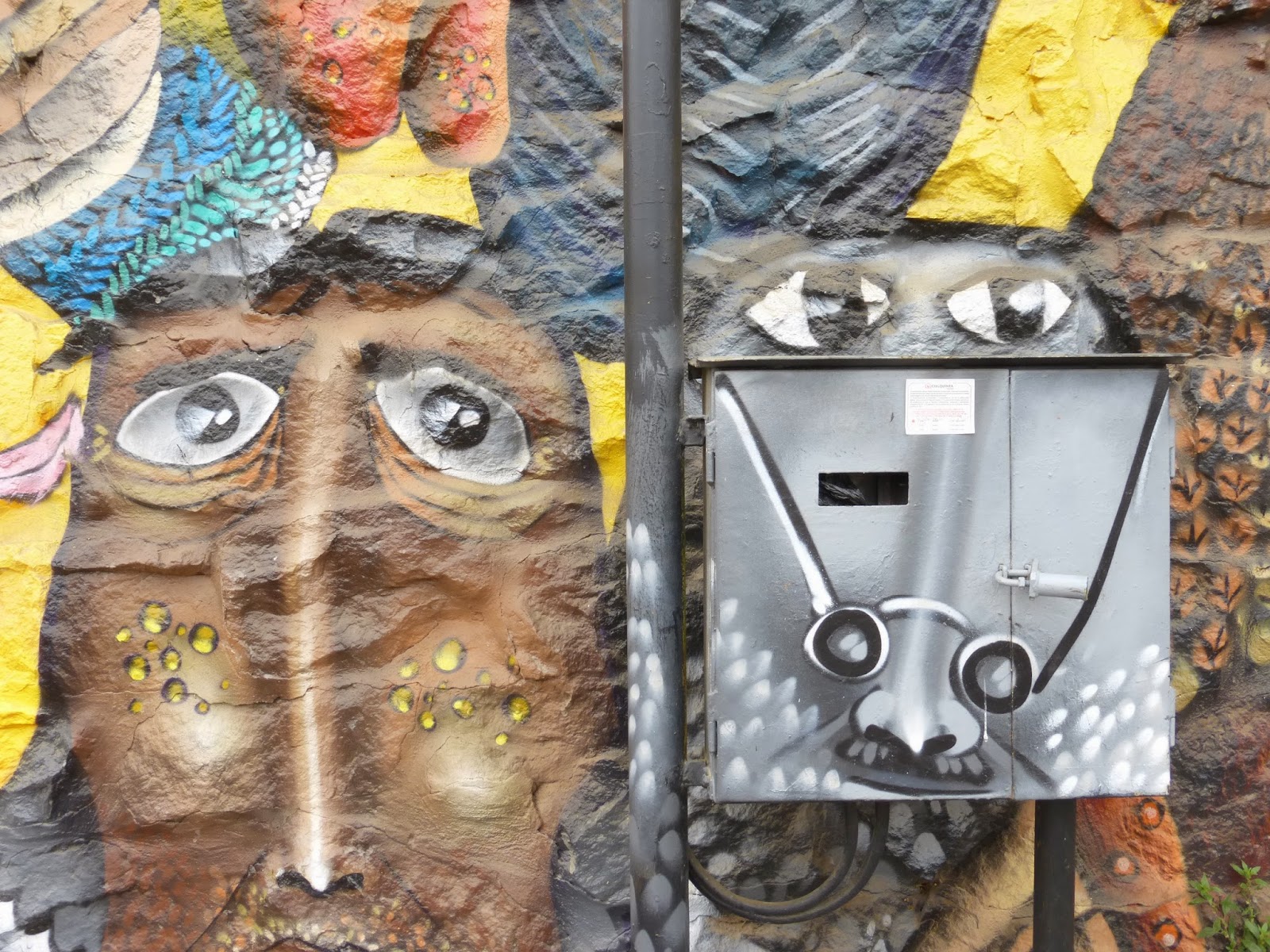 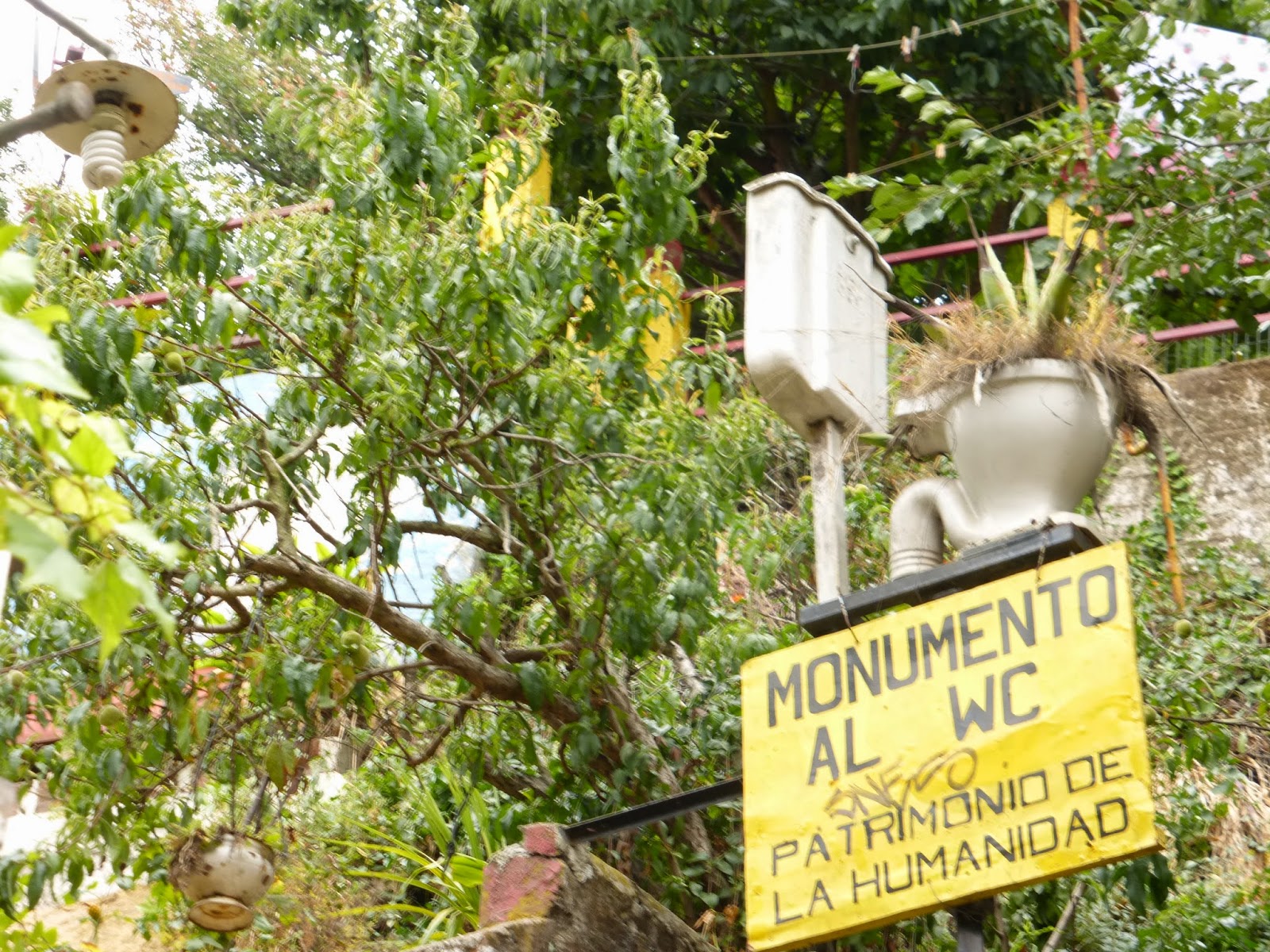 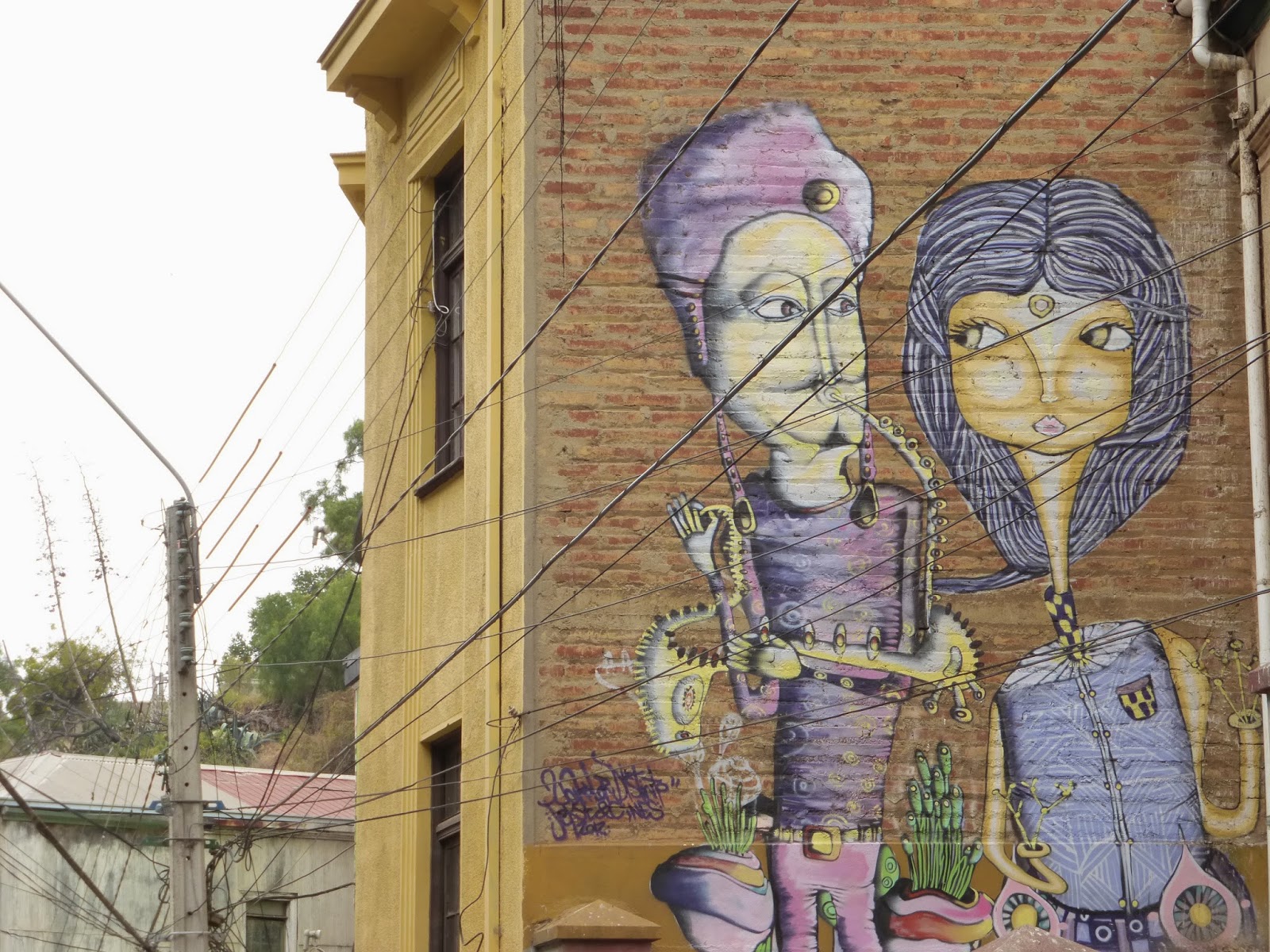 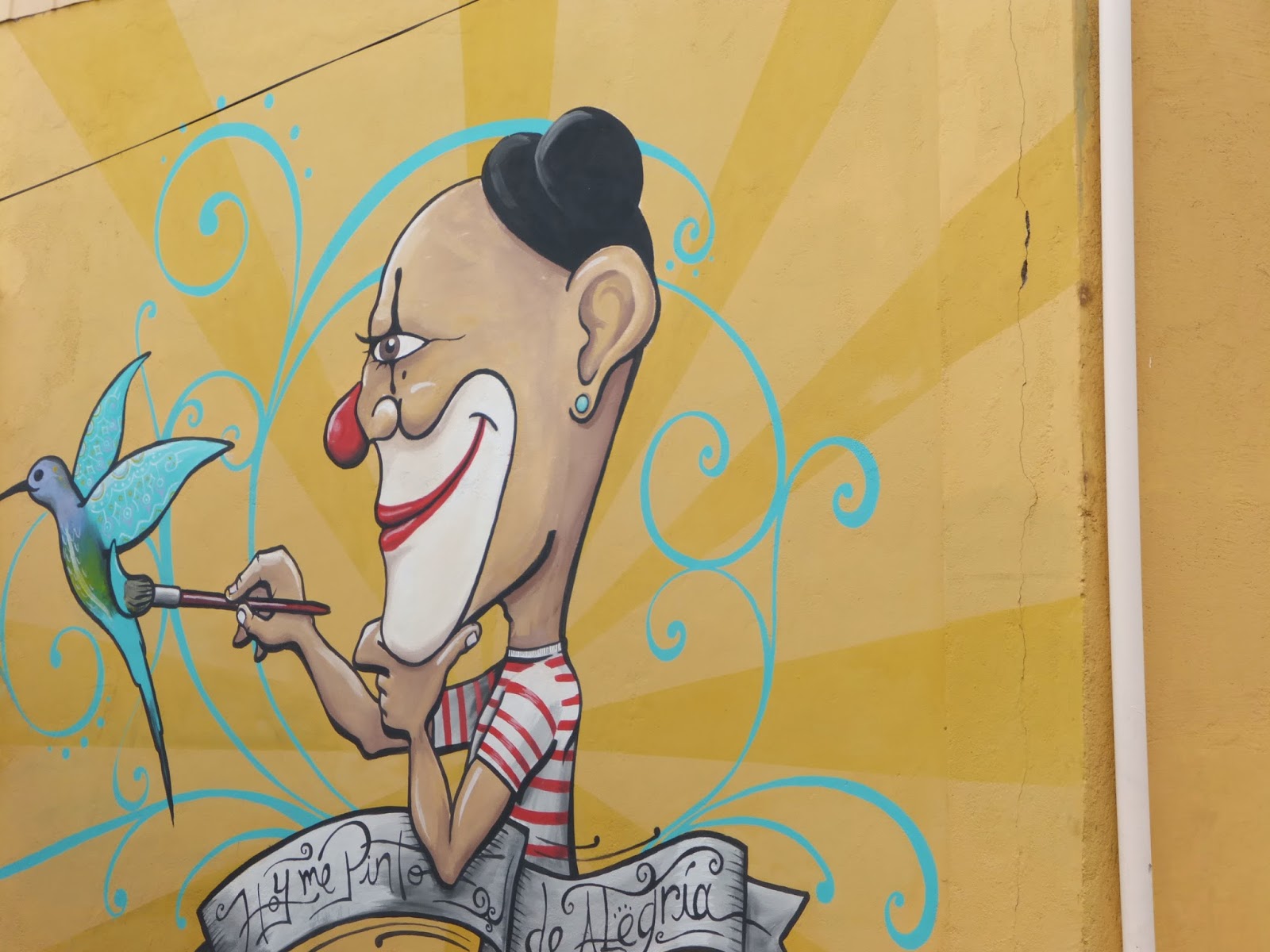 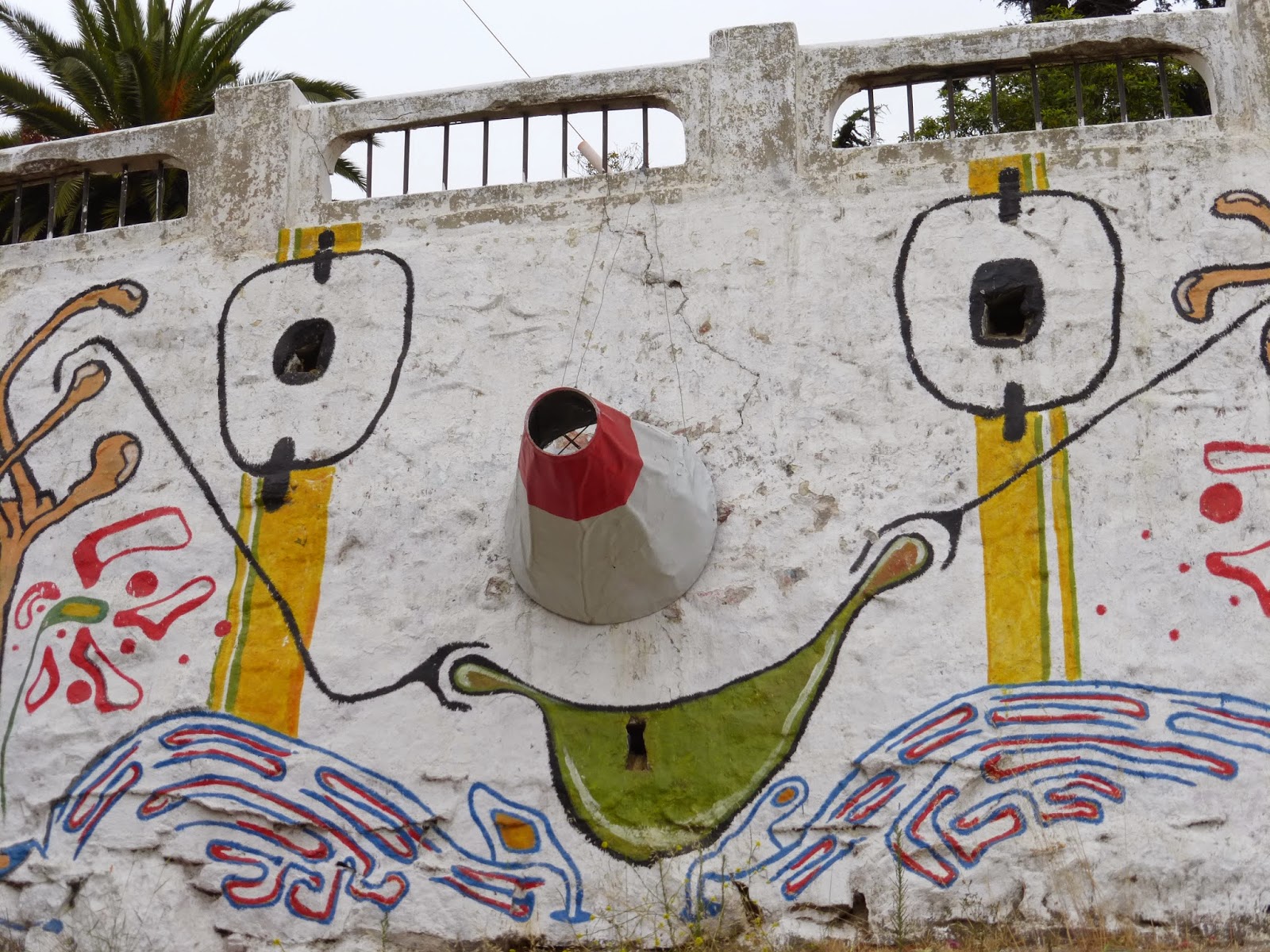 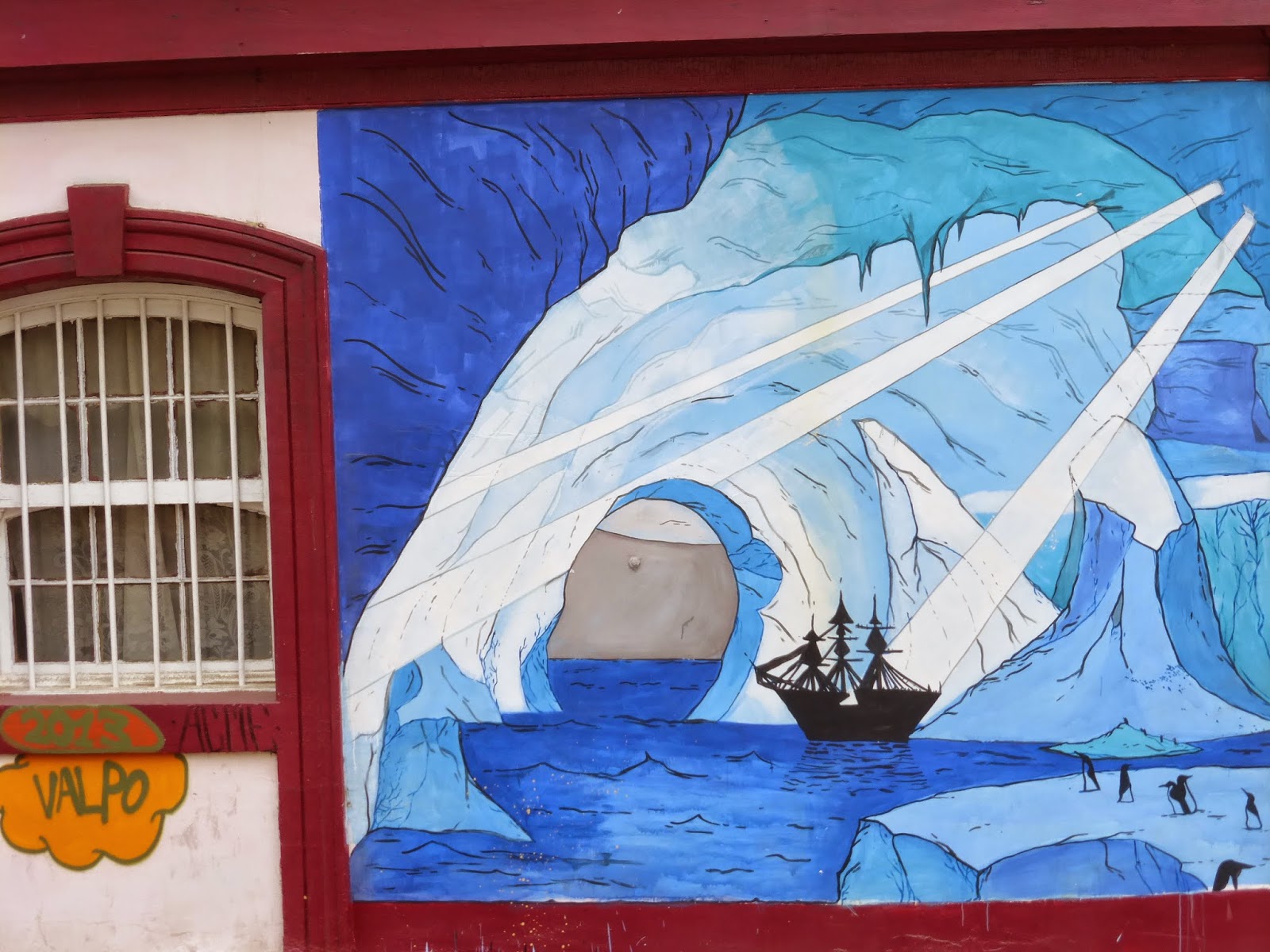 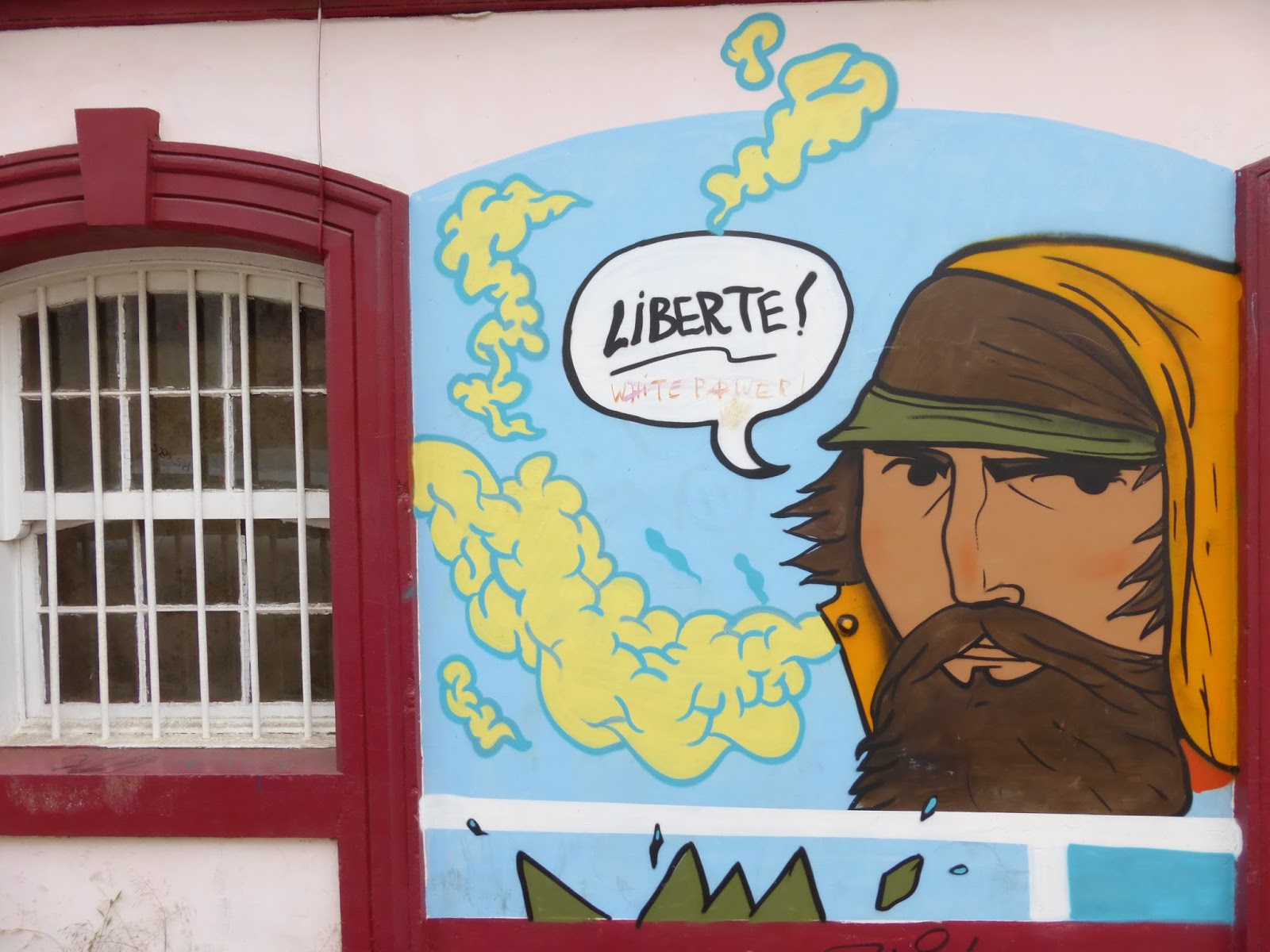 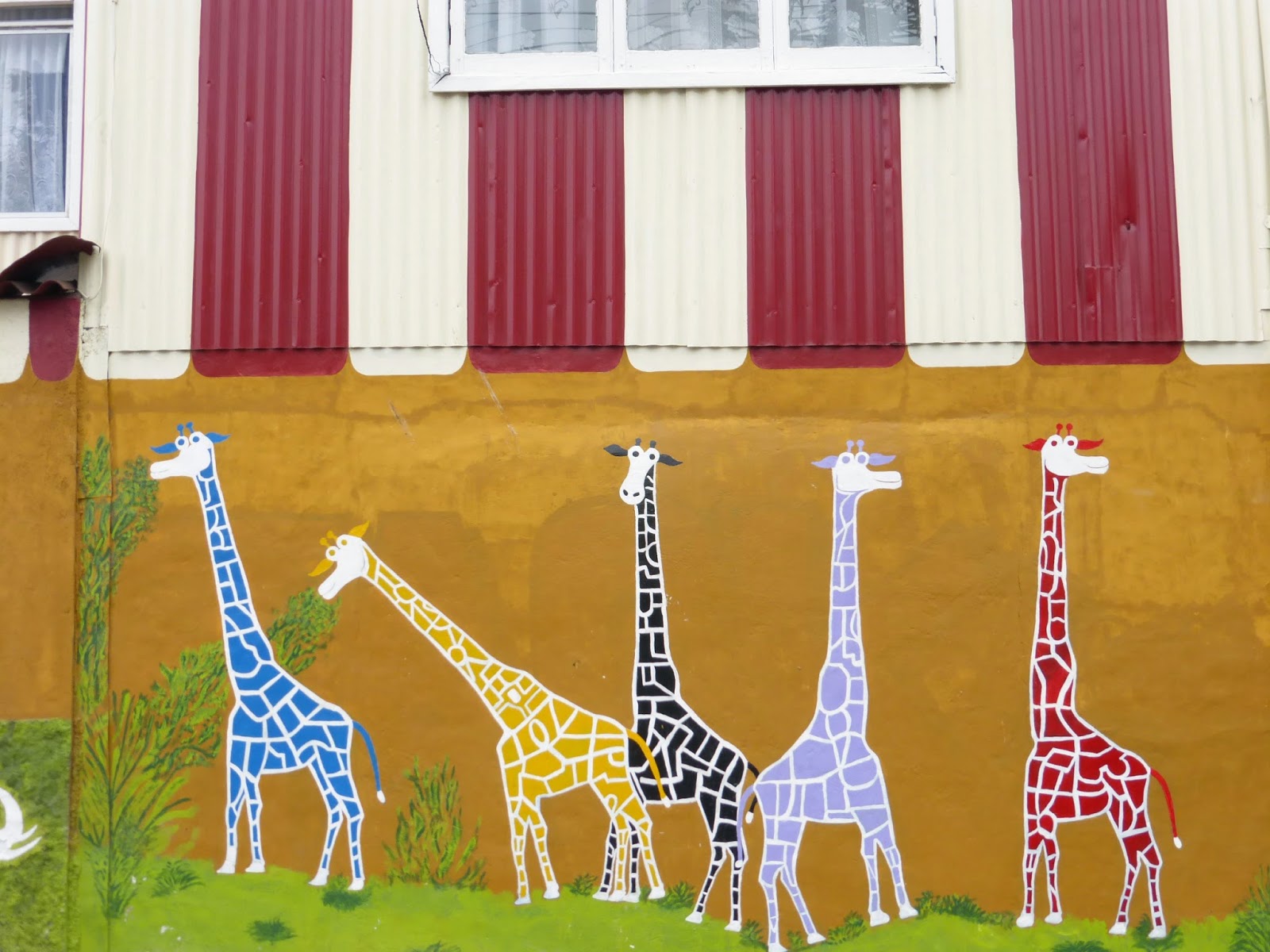 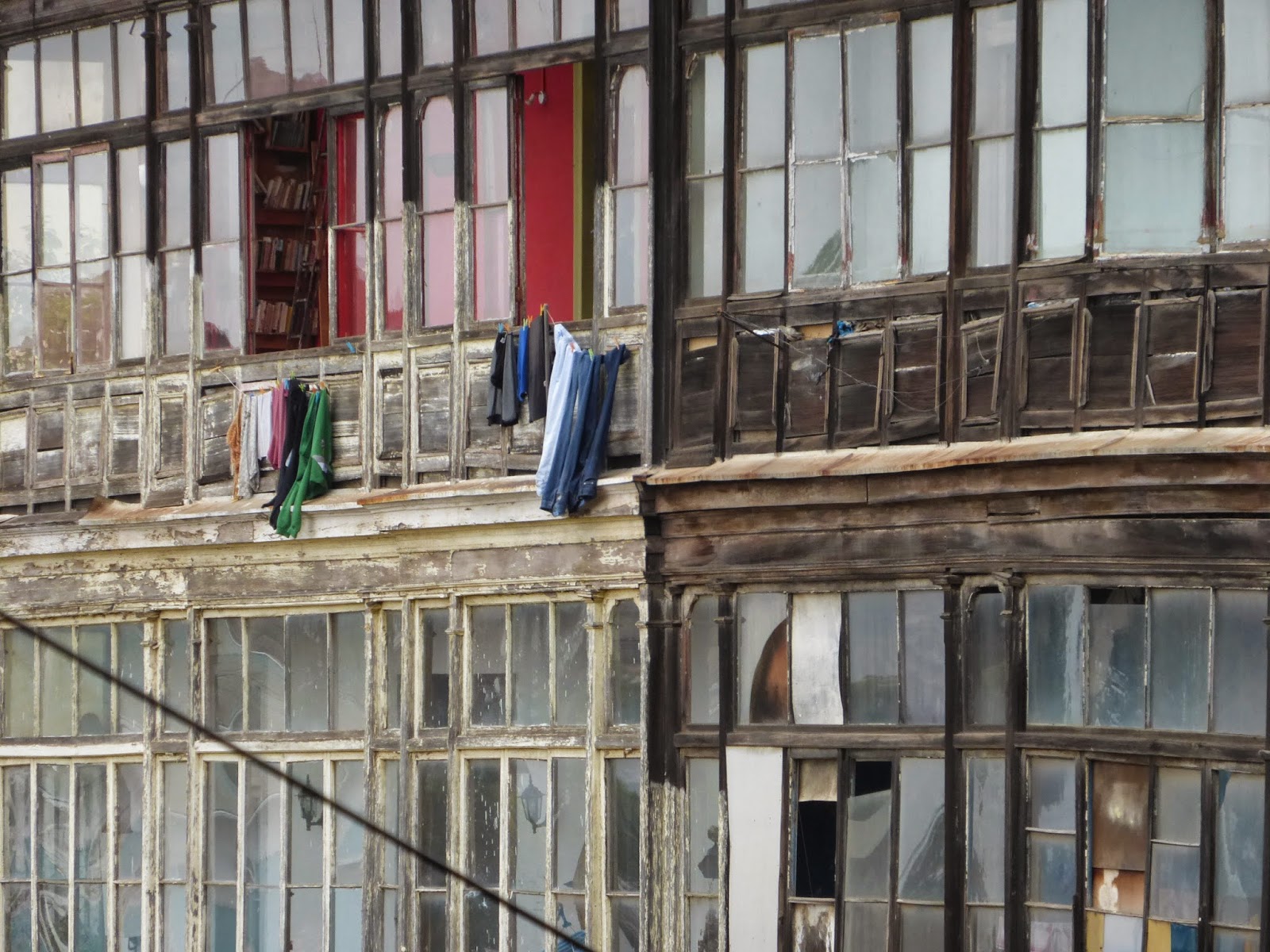 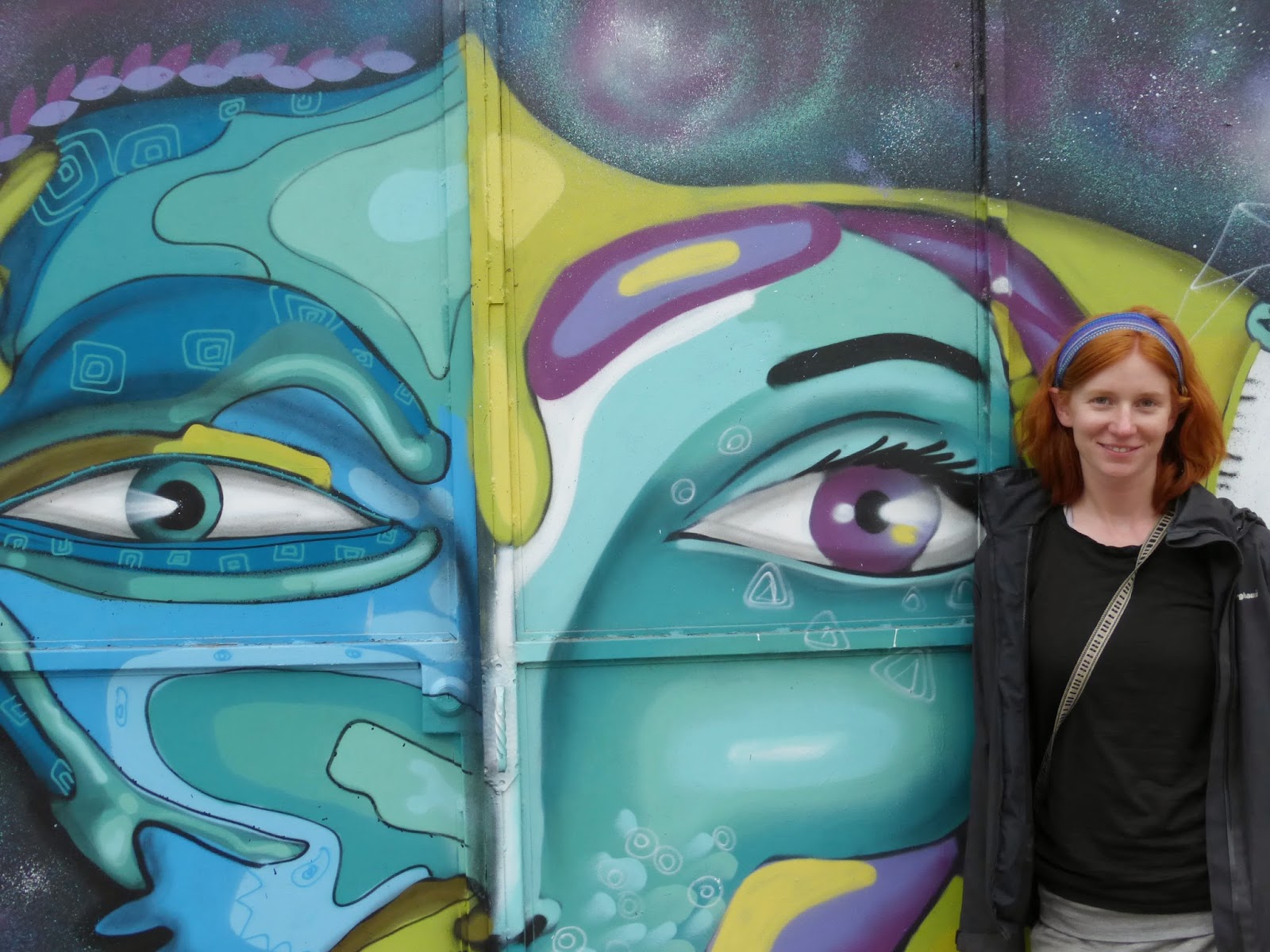 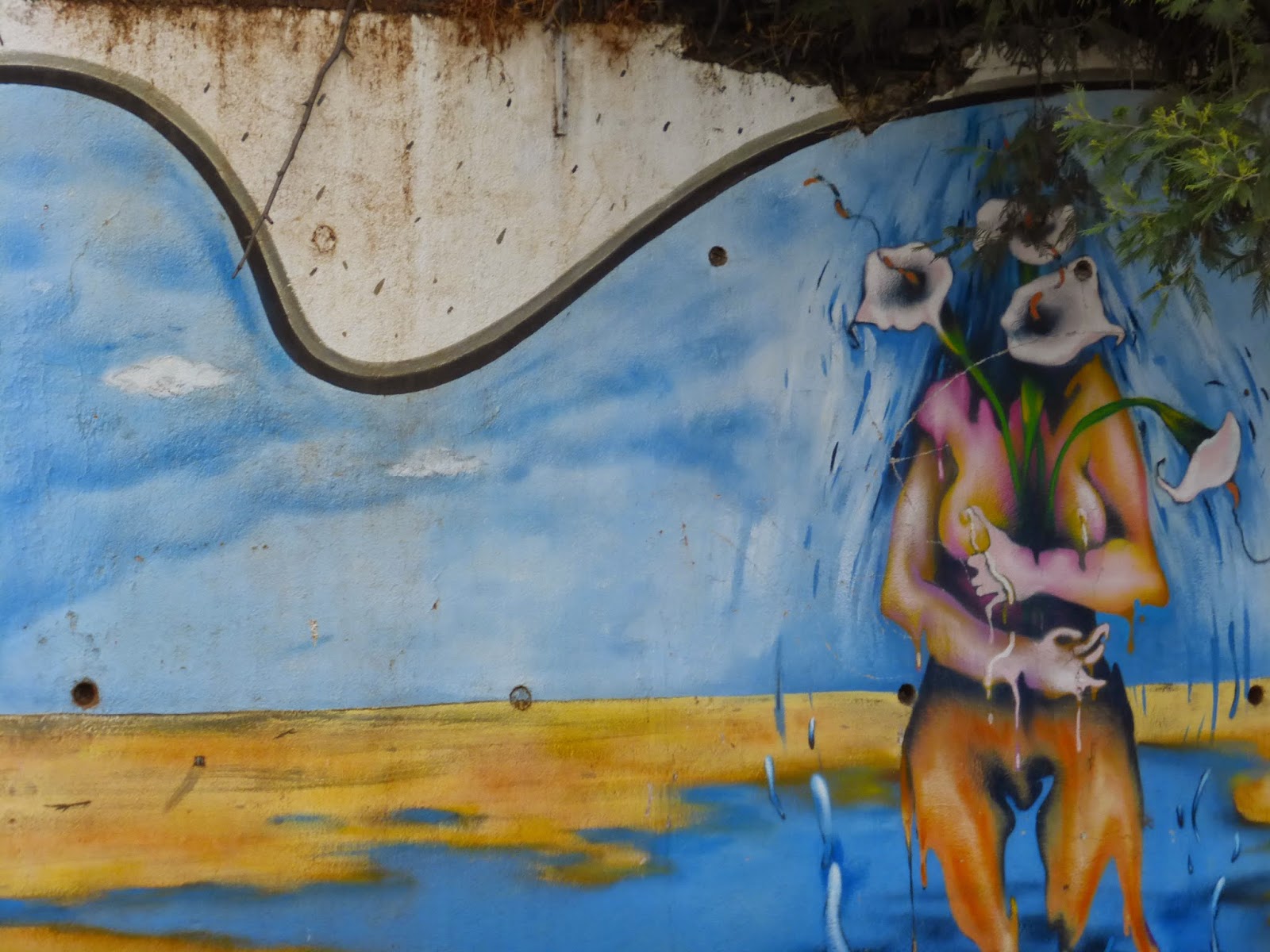 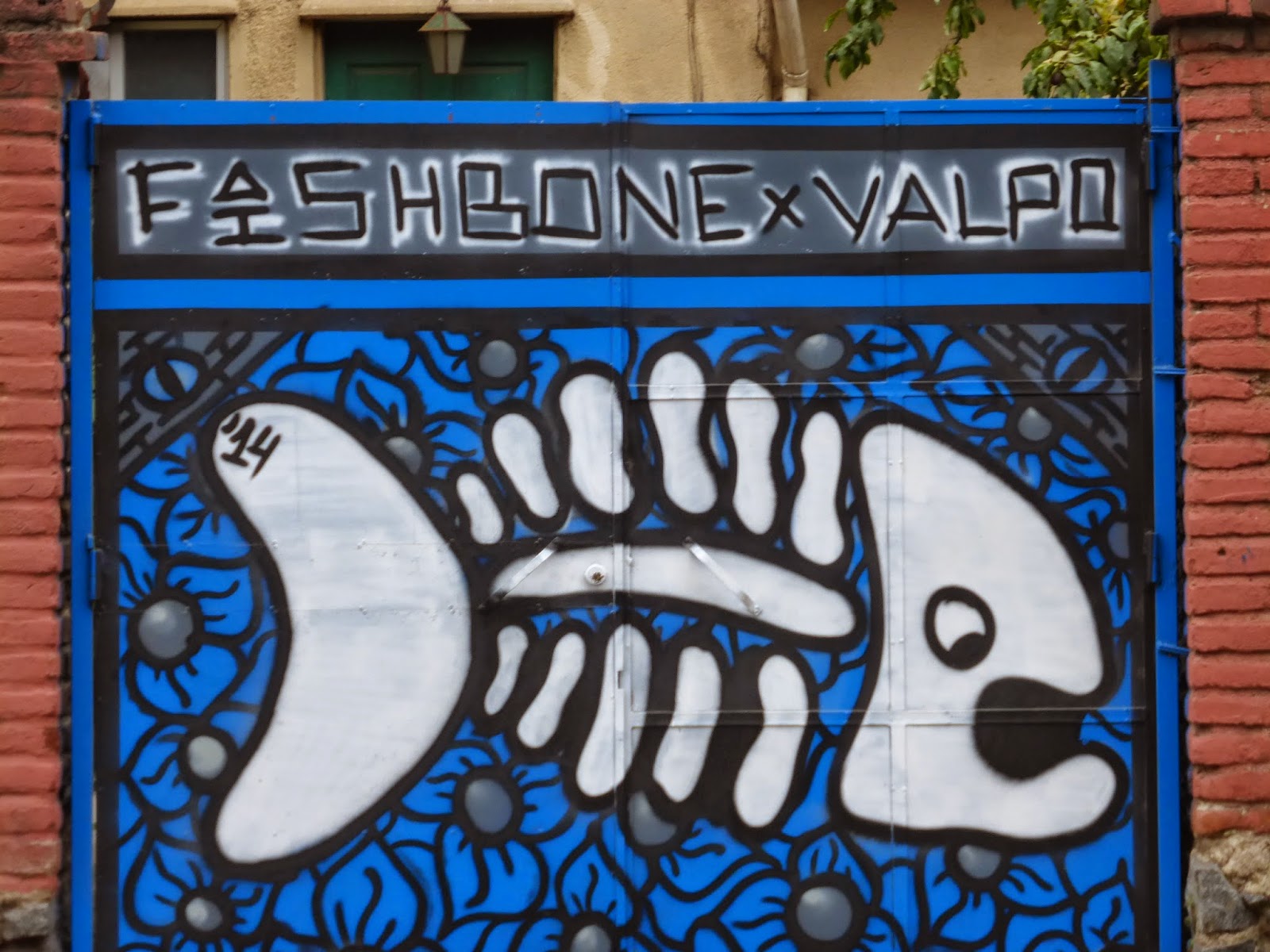 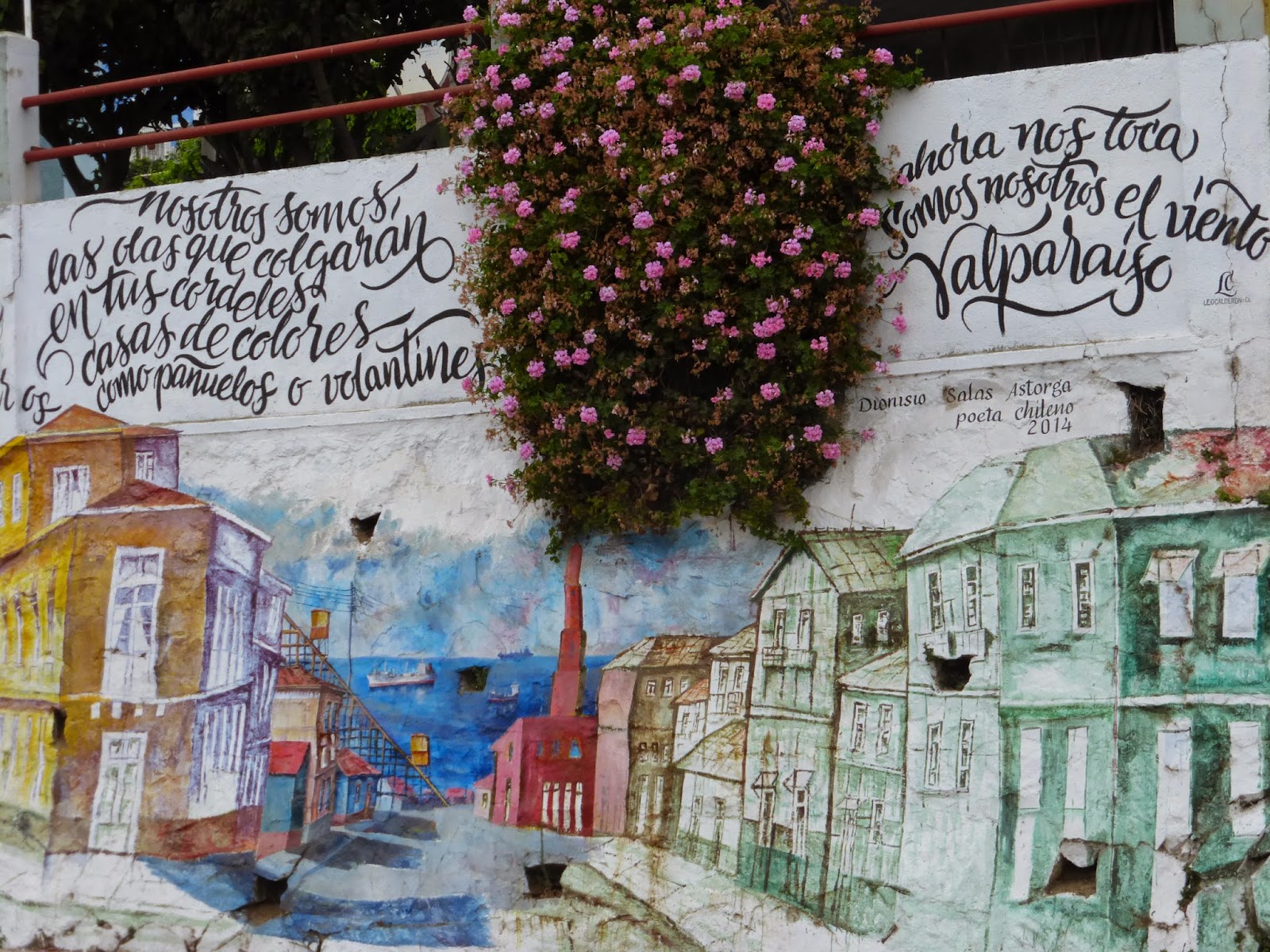 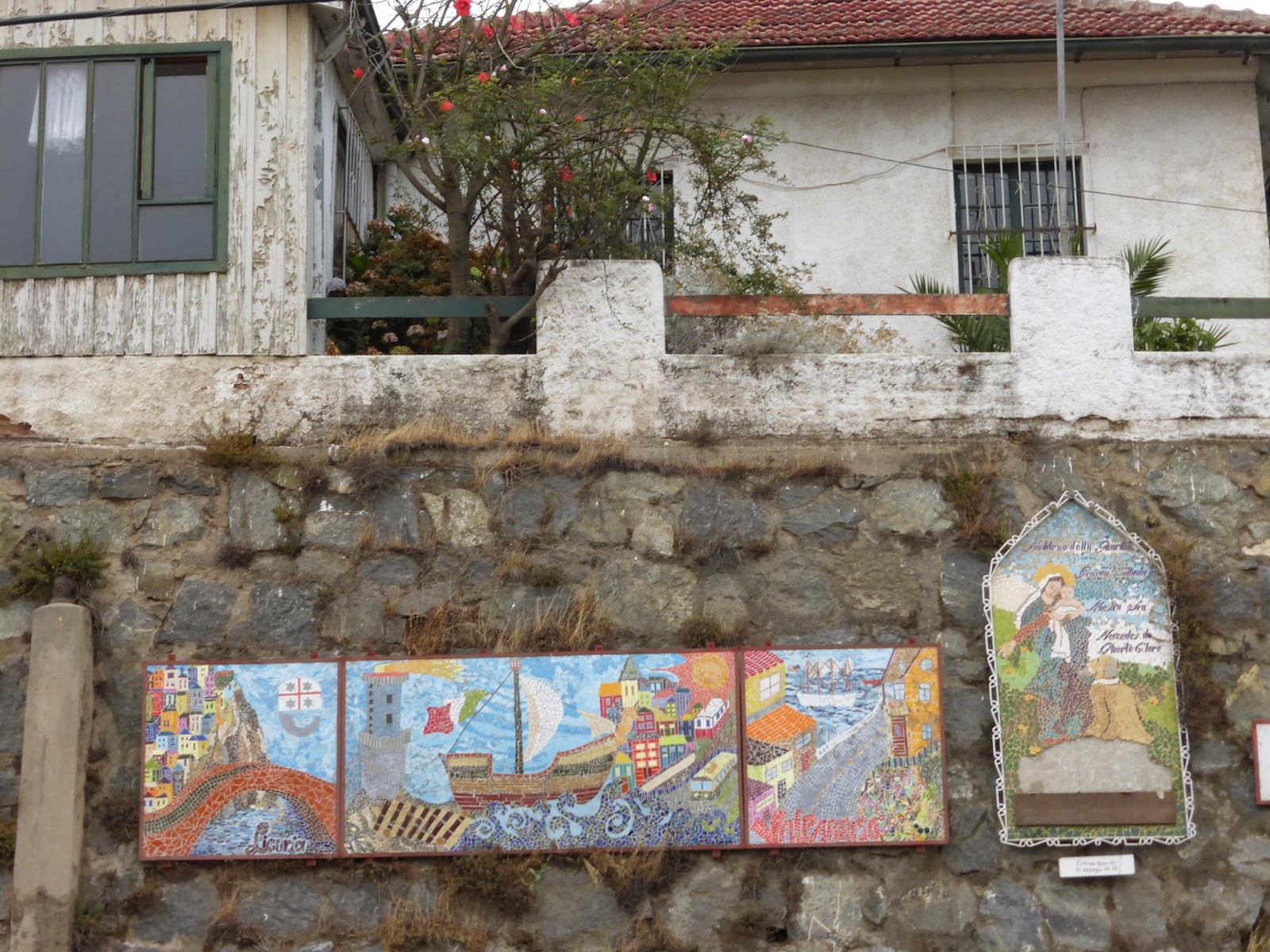 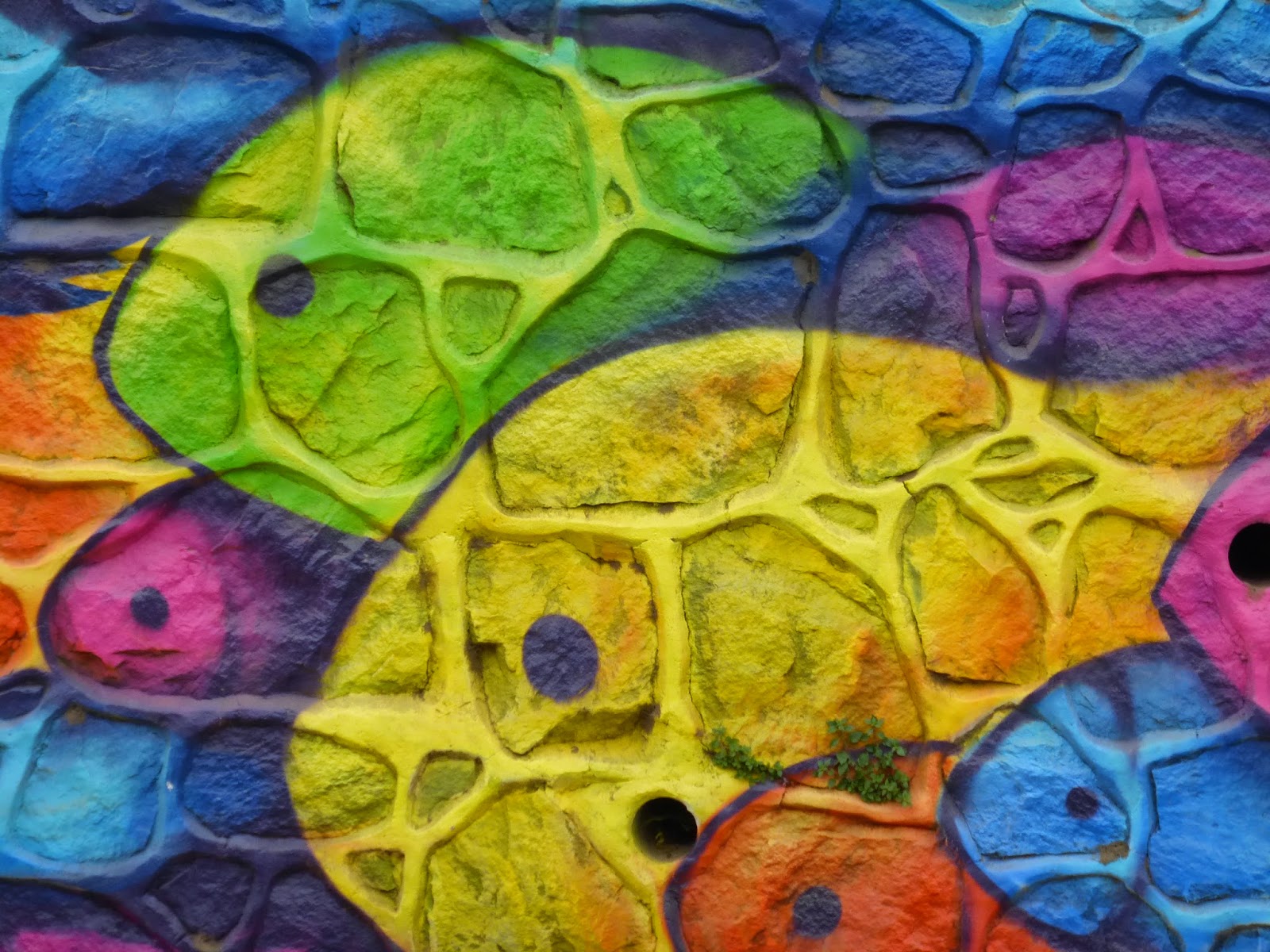 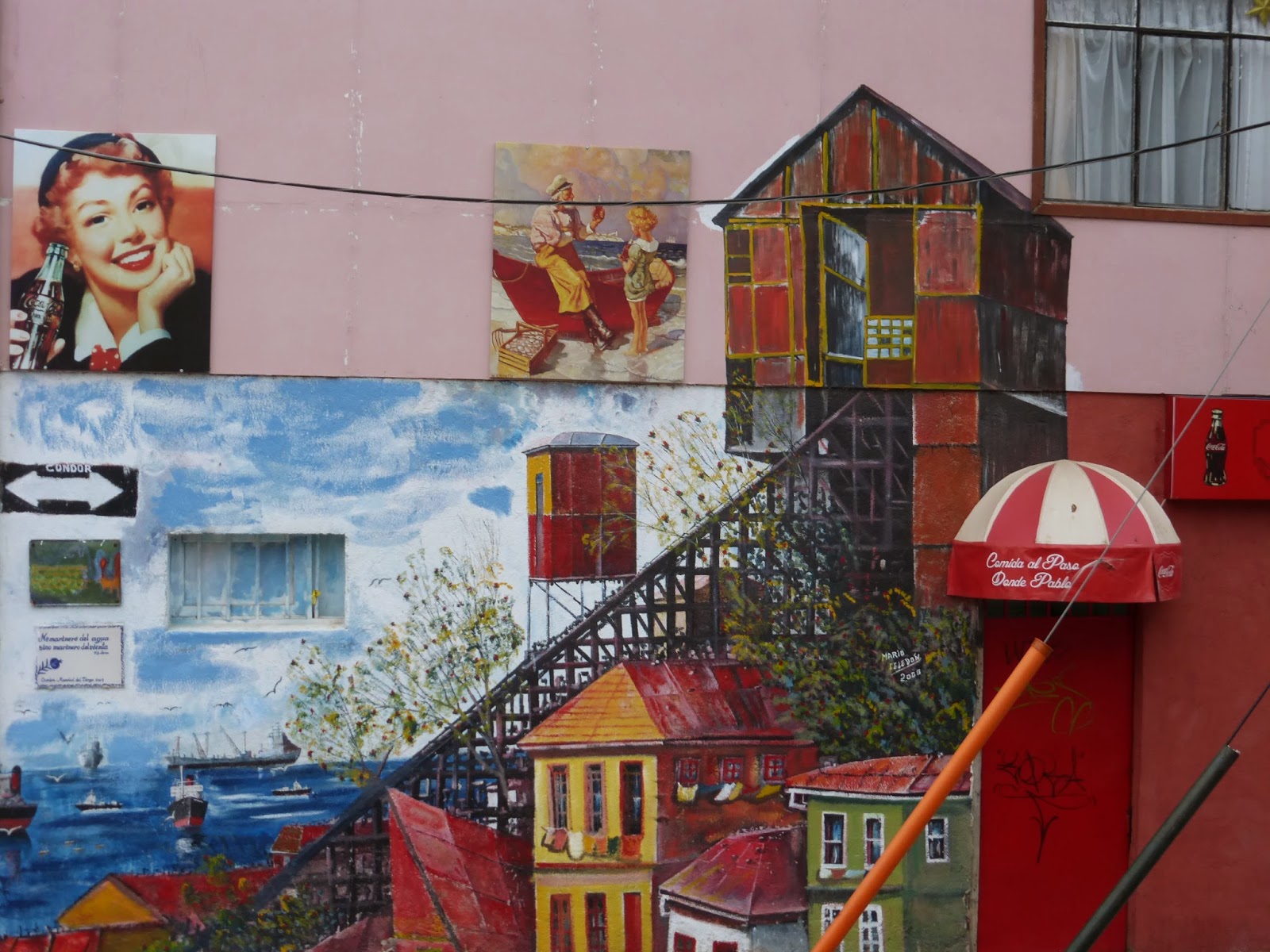 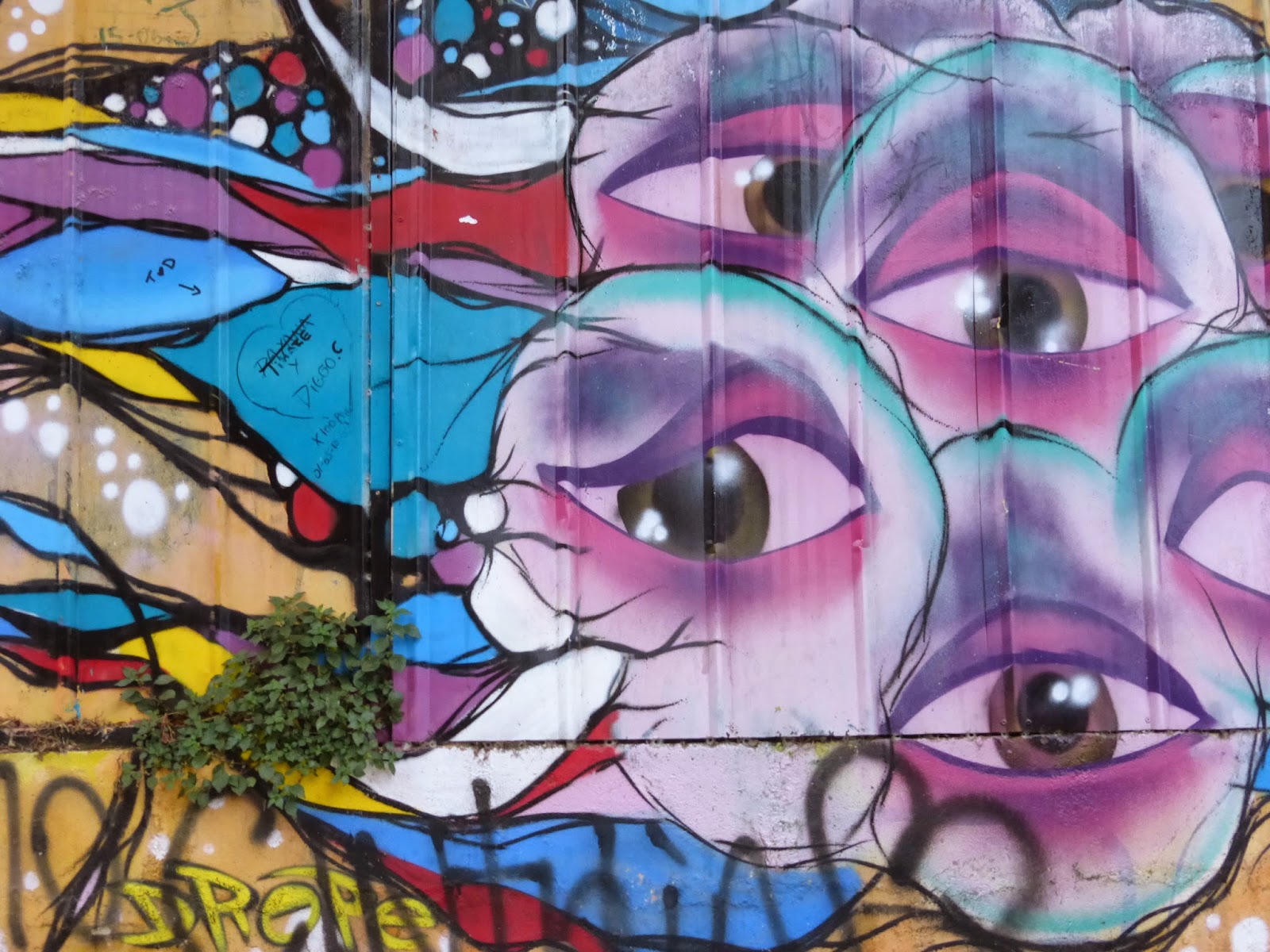 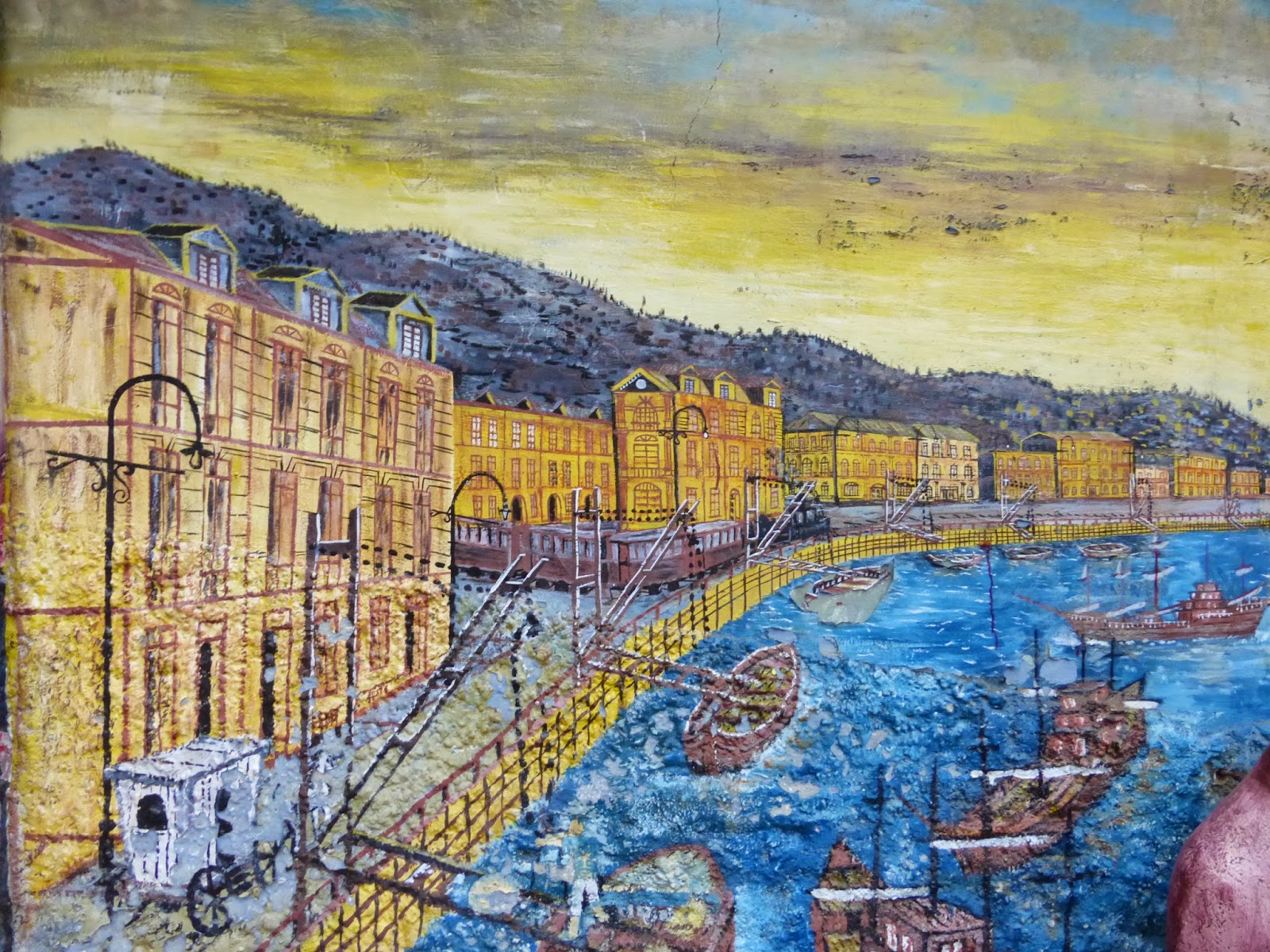 After a good week or so in the Santiago and Valparaíso area, we still didn´t really have any good options for riding south quickly. So, onto another bus to get us to Chillan, just above the Chilean lakes district, where we could finally get to riding again and hopefully pick up some lost momentum.

Notes:
We were warned that getting our bikes onto busses in Chile was more complicated than in other countries in South America. The usual custom is to negotiate with the drivers about the fee they want to charge you for taking them. This can be stressful but in the end it worked out ok for us.  In our case, on both bus trips we were able to negotiate down to CHP 5,000 for the two of them.
Posted by Alberto at 3:11 PM No comments: